Kamil Abt is a Polish-Australian jazz guitarist, composer, band-leader and arranger. He is a graduate of the prestigious Elder Conservatorium of Music and has been performing internationally – in Australia, Japan and Europe – for over twenty years. His musical career started in Australia, in Steve Mooney’s hard bop quintet, “Fifth House”. It was there that he also led his own jazz formations: Mosholu Parkway, Jazzyowski and SpeciaL K, also working with musicians such as Adam Page, Daniel J. Ross, Constantinos Koutsouliotas and John Wilson. In Japan he worked in renowned alto saxophone player Hiroshi Yaginuma’s quintet as well as with the Atsushi Matsunaga quartet, while also leading his own quartet. He has also performed at jazz clubs in France and Spain. He released his first album of original jazz – “Smokin’ It Up” – in 2013, with the band Special K. A year later, he recorded an album of less-known jazz standards, entitled “Kung Fu Jazz”. Since 2014 he’s been living in Poland, playing with various renowned Polish musicians, like Zbigniew Lewandowski, Andrzej Michalak, Tomasz Wendt and Piotr Krzemiński. He’s also been performing with the Capitol Theatre and Song of the Goat Theatre in Wrocław (as composer and soloist in Anty-gone Tryptic: the Seven Gates of Thebes). He performed to great acclaim at the 2016 Hałda International Jazz Festival and released his first album in Poland (Unique and Beautiful Things) in 2018. in 2021 he followed this up with an album of jazz arrangements of the music of Frederic Chopin (Chopin w barwach jazzu), while 2022 saw the release of the double album Split Personality. 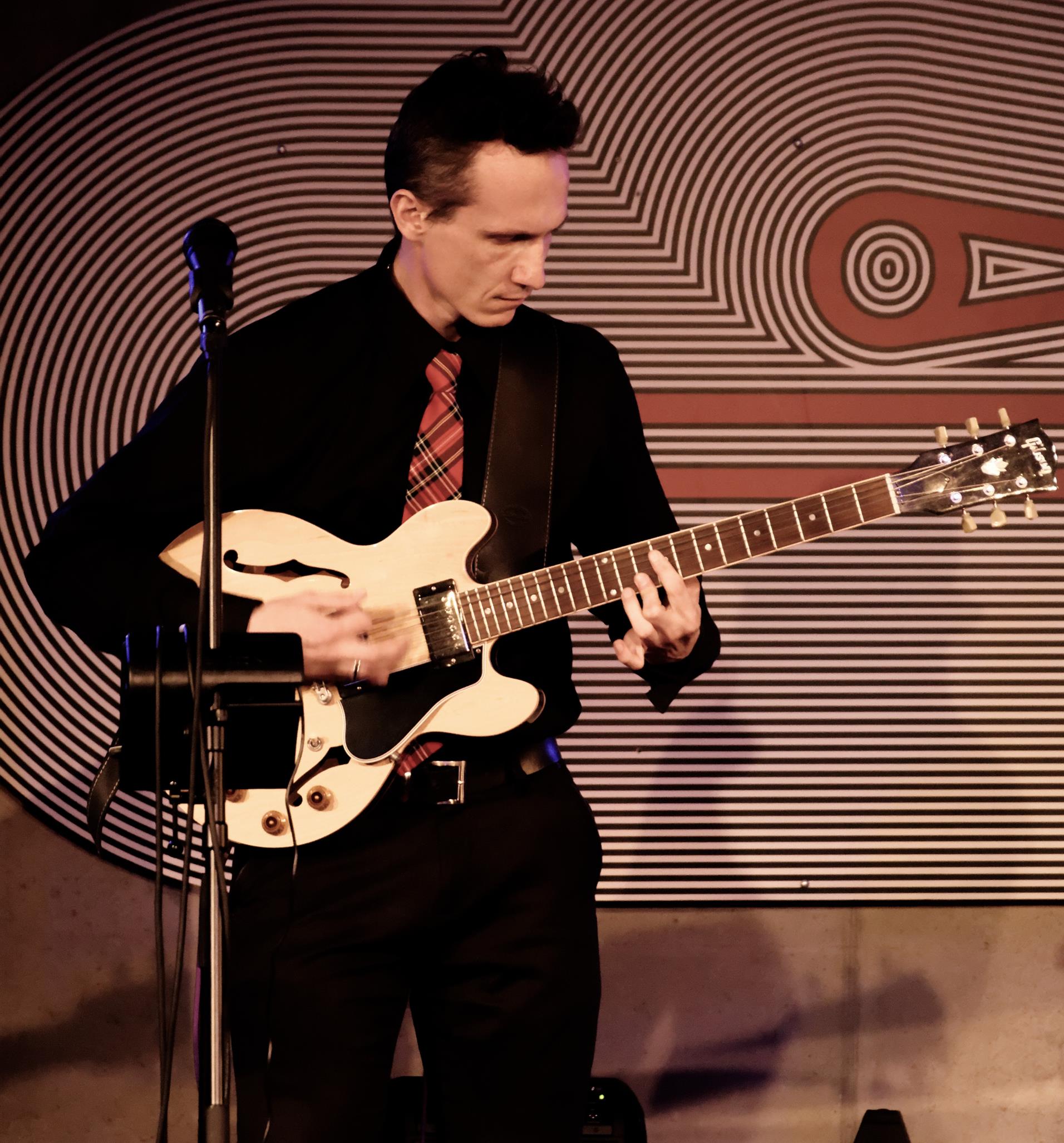 join us in the fun